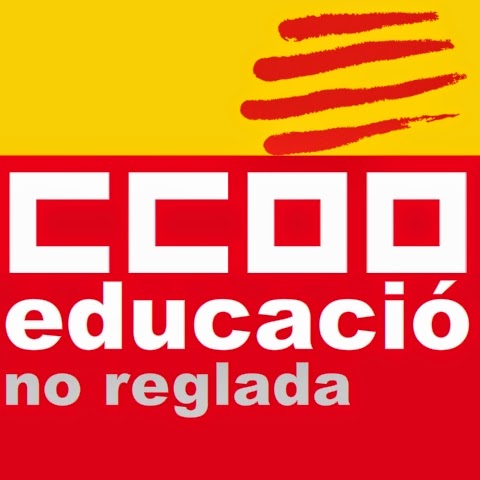 In SLB we believe that it’s crucial to know your rights as a language teacher in the private sector in Catalunya. To clear up some topics such as the role of unions, the convenios and the right to collective bargaining , we have interviewed Heiko Puechel, head of the Unregulated education  section of the union Comisiones Obreras.

SLB: What is the current situation regarding unions in the unregulated education sector?

Heiko: In Spain we have two main unions, the UGT (General Workers Union in English) and the CCOO (Workers’ Commissions), along with a lot of smaller unions like the CGT (General Confederation of Workers), the USOC (Workers’ Syndical Union) and the old historic CNT (National Work Confederation). In our sector, unregulated education in Catalonia, we basically have the two main ones, CCOO and UGT. The majority of workers’ representatives in the workplace are from CCOO.

At the moment, we’re in a slightly complicated situation because of the convenio [a binding, sector-wide agreement on terms and conditions]. There’s a state convenio at the Spanish level, which is the seventh convenio for private education. And in Catalonia we have another convenio which should be applied in the workplace, the eighth convenio for private education in Catalonia, with sections applying to the unregulated sector. And then there is a convenio of limited efficacy, i.e. not for general application. This is applied in companies which are members of the association of Patronales (business associations similar to the UK chamber of commerce) and whose employees are members of the UGT, or whenever someone requests the application of this agreement.

What’s the difference between the 8th Catalan convenio and the one we’ve just mentioned, the 1st convenio of limited efficacy in Catalonia, signed between UGT and the Patronal? In the 1st convenio, the worker has fewer days of holiday. The worker can have 200 compulsory hours a year added to their schedule, with 5 days notice. This means that the employer can call you to say that as of next week you’ll have to take on an extra class, and you can’t do anything about it. At the price of 110% of your base salary. This results in the disappearance of the concept of extra hours from this text.

We have to admit, and make perfectly clear, that the 8th convenio (supported by CCOO) remains frozen – we haven’t signed anything since 2008 – while in the 1st convenio the salaries have increased.

SLB: This is very confusing for teachers.. Many don’t even know the convenios exist, and from what you say, this first convenio only applies to certain companies. Do you have an example of one which follows this convenio?

Heiko: I don’t know any because it doesn’t apply to our members. We don’t have anything to do with it, and there are even big discrepancies between the CCOO and the UGT about how the negotiation was carried out, about how this came to be agreed with the Patronal. We are currently trying to resolve these disagreements between the two unions..

SLB: And the seventh state-wide convenio, is this applicable?

Heiko: Yes, but outside Catalonia. It shouldn’t be applied within Catalonia. I am aware of some workplaces in which management have tried to worsen conditions by applying this state-wide agreement, but we always win these cases. We always win.

SLB: Are educational centres obliged to recognise the convenio?

Heiko: If they carry out language activities which fit into unregulated education, there’s no doubt about it. Of course, employers always want to debate with us over a wide variety of issues, but really there’s no debate. The convenio is compulsory.

SLB: Can you tell us something about the right to form a workers’ committee (comité de empresa)?

Heiko: This right doesn’t come from the convenios. It comes from the workers’ statute. Sometimes the texts of the convenios include this, but it’s regulated by the statute. By the way, you can elect one representative for a company of between 6 and 60 workers, 3 reps for companies of between 31 and 49, and from 50 up a committee of 5 people is chosen. From 100 workers up, a committee of 9 reps is voted in.

SLB: So a school with fewer than 50 workers can have a rep but not a committee?

Heiko: Correct, from 50 up you have a committee, but a single rep has almost the same competencies as committee reps.

SLB: And does this rep have to be a member of a union?

Heiko: Well according to Spanish law this person does not have to be a union member, and there are also different ways of presenting yourself. You can go around collecting signatures and mount an independent candidacy, or you can present yourself in the name of a union. Standing with the union doesn’t mean you have to be a member either, but it’s highly recommendable. If you’re going to take this step, why not join?

SLB: In this we’ve seen a lot of fear in teachers. There’s the idea that if you present yourself, they’re going to fire you. Can you tell us something about the process of voting in a rep?

Heiko: We believe, above all because of the specifications of small or medium-sized schools, that it’s highly recommendable that a union call the syndical elections. This means, for example, that we issue notice in the form of a document delivered to the employment department of the Generalitat (the Catalan autonomous government) – the workers don’t need to do anything, we do it ourselves. Then both we and the Generalitat inform the company that a month later, an electoral council must be called. Then the company has to inform the person with most seniority in the company, the oldest person and the youngest, that they must meet one day to form the electoral council. And from there, there are certain timeframes in which the workers can present a candidacy, and then they vote.

SLB: And is there a risk of being fired during this process?

Heiko: Well a worker can always be sacked for operational reason, but not for others. Of course, we have to keep in mind that apart from sacking, there are other ways of pressurising a worker. This danger always exists. For that reason, one person alone can’t solve the problem. In a small company, of course normally only one person presents themselves, but this person needs to have a support group.

SLB: When you mention the number of workers required, do we count only teachers or also other people working for the company?

Heiko: No, in an academy we always count all the workers: teaching staff, admin staff, general services etc. So the reps work for the whole group.

SLB: What kind of support does a union-affiliated teacher get?

Heiko: They get free consultations in the federation. This is easy – it’s a call, ask for a day and time, and come to the CCOO offices to meet with a consultant from the private education section of our union. In cases where financial compensation is being demanded, more complex cases, we pass you on to a legal expert who does charge a tariff but at reduced rates for members. But listen, on many occasions people come here because of problems with the finiquito [severance payments], which the employer doesn’t want to pay in full because they don’t recognise certain periods in which the person was working. And sometimes, and this often happens, we make a call from here to the company or the administration of the company, and the problem is resolved. When they realise that they’re talking with the CCOO, things change.

SLB: Do you need to have a workers’ committee to begin the process of collective bargaining, to increase wages for example? Or can this also happen with a single rep?

Heiko: Yes, collective bargaining can happen with one or three reps. But we recommend that it should be a rep chosen in union elections. There are also mechanisms in the workers’ statute. When the employers wants to modify terms and conditions, the workers can form an ad-hoc commission. But again, it’s better to have reps chosen in union elections, which take place every four years, to communicate with the company. It’s a lot easier; the employer has obligations, s/he has to inform you about new contracts, they have to give you certain numbers concerning the business, they have to give you basic copies of the contracts, and there’s a long list of additional competencies in terms of oversight of working conditions that academy reps have. It’s highly recommendable.

SLB: What types of case pass through these offices apart from the ones you’ve mentioned?

Heiko: The most typical one we get concerns fraudulent contracts. It’s usually temporary contracts that aren’t really temporary. They give teachers fixed term “Work and Service” contracts when under no circumstances can the work be described as such. A teacher should always be put on a permanent contract, discontinuous or fixed. If you have a Work and Service contract you can demand that it be corrected. It would be advisable to go through the consultation process offered by the union first, to get an idea of how it works. But this is the most frequent case.

Heiko: I’ve never seen that. They should be half-time, for example …

SLB: Well we’ve seen them. And of course, the most difficult contract to find of all is the full-time permanent contract. We know there are many teachers working full-time, but because their preparation hours are not recognised, they are refused full-time contracts. And according to our calculations, the first convenio recognises a minimum number of preparation hours, a tiny figure that doesn’t reflect reality, but for this reason the employer can easily deny you a full-time contract. It’s ridiculous.

SLB: This would be the biggest challenge you have, right? This lack of connection with teachers in the sector?

Heiko: I wouldn’t describe it like that. It’s the massive turnover of people. Every year, every 6 months, we have to start informing people again. There are here in Barcelona around 200 language schools, counting Barcelona, Vallés and Baix Llobregat. Every year some close and others appear.

SLB: Is there a process for improving the convenio?

Heiko: We should negotiate again with the Patronal, which here is called CATformació. But right now there are no negotiations. There is almost no contact at all. Our members have, in recent years, voted twice against signing the limited efficacy convenio, the one the UGT have signed with the Patronal. From this some discrepancies have resulted, perhaps, between the UGT and the CCOO, and so now we are in a phase of meetings with the UGT to resolve these, with the hope of building a unified platform between both unions in order to begin talks again with the Patronal.